Despite ongoing investigative efforts, the cases listed below remain unsolved. The community’s assistance is crucial to solving these crimes.

Anyone with information is urged to contact the Miramar Police Department at 954-602-4000, Broward Crime Stoppers at 954-493-TIPS or submit a tip online.

Tips can be made anonymously.

Angelita Gauntlett and Courtney Lindsey were murdered on Thanksgiving Day, November 23, 1989. An altercation between the victims and the suspect occurred outside of a Miramar home. The suspect, a Jamaican male known by the street name of “Bull,” followed Angelita and Courtney to their home on the 3000 block of Tara Road. He fired multiple shots into their vehicle, killing them both. (Case #: 891101581)

Teresia Laverne, Marie, Samantha and Sabrina Altidor were murdered on April 30, 1997. Theresa Laverne had traveled from Haiti to visit her daughter, 29-year-old Marie Altidor, and assist her with her newborn. Six-week-old Sabrina and Samantha, 2, were found murdered in the home along with their mother and grandmother. Classified as one of the most heinous crimes in Miramar history, three generations of this family were killed at a home located on the 8800 block of S Cresent Drive in Miramar. (Case #: 97-04-04520)

Yvonne McCalla White was murdered on June 14, 2004. That evening, she attended church services and returned to her residence located at 8550 Sherman Circle North in Miramar. A single mom, Yvonne’s daughter tried repeatedly to contact her to no avail. As a result, her family and police responded to the residence and located her lifeless body inside. She was 37-years-old. (Case #: 04-06-03048) 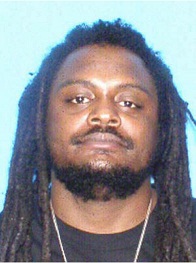 Paul “Stephen” Barrett was murdered on January 26, 2008 at approximately 4:10 a.m., on the 3000 block of State Road 7. Stephen was seen at the Tropix nightclub having a verbal altercation with an unknown male inside the establishment. Shortly after, as he was walking towards a nearby parking lot, he was shot by an assailant. The suspect(s) may have been driving a black, older model, Ford Explorer with dark tints and chrome rims. (Case #: 08-01-05003)

Raymond Adderly Jr. was murdered on December 14, 2010, at his home on the 2400 block of Southwest 83rd Avenue in Miramar, near Sherman Circle. The victim of a home invasion robbery, Raymond was murdered in front of his wife and three young sons. (Case #: 10-12-02837)

Stephanie Ray Clemons has been missing since May 2018. She failed to show up for work and has not contacted any family members, including her children. Foul play is suspected. Stephanie's case has been classified as a homicide investigation. (Case #: 18-05-05372)

Mendell Butler-Lebel was killed on July 2, 2018, in a drive-by shooting on the 3100 block of Foxcroft Road in Miramar. An increased reward is being offered for information leading to the arrest of the suspect(s) responsible for Mendell's homicide. (Case #: 18-07-00418)